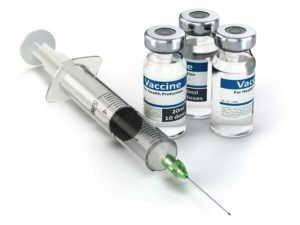 Nobel Prize winning scientist Barry Marshall is calling for volunteers to help test a vaccine that could help allergy sufferers.

Professor Barry Marshall and Dr Robin Warren won the Nobel Prize in 2005 for their discovery of the bacterium Helicobacter pylori and its role in causing inflammation in gastritis and peptic ulcer disease.

Helicobacter is unique because of the massive numbers that attached to the epithelial cells, a type of cell that covers internal organs and other internal surfaces of the body, Professor Marshall said.

Humans could also overproduce antibodies and end up with allergic conditions like asthma or eczema.

Professor Marshall said research demonstrated Helicobacter Pylori in some animal models suppressed the immune system slightly to take the edge off any immune responses against it.

If you could make something that reduced people’s immune responses to normal levels they would be very grateful, he said.

“Maybe you could feed it to your children before they got asthma because their immune systems are very plastic in the first couple of years of life.

“We’re making a product called Immbalance and it’s going to be a helicobacter product”.

Professor Marshall said the drinkable vaccine would be totally safe and harmless.

“You’ll take it almost like a vitamin but give it to your little kids on their breakfast cereal when they’re one years old, two years old. That’s the vision,” Professor Marshall said.

He said the vaccine would stop people developing severe allergic syndromes if they have bad family histories.

Members of the public are now invited to be volunteers in trials of the vaccine.

See also: The scientist who made himself sick