Rabbi hopes to lead by example 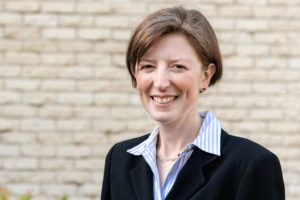 Australia’s first female senior rabbi says her appointment to the high position can be of benefit to both young women and men of the Jewish faith.

Rabbi Nicole Roberts will lead the North Shore Temple Emanuel (NSTE) in Chatswood where she has already served for six years and has helped create programs such as “Teen Torah Tag Team”, a service created for students to continue in congregational life after they have completed their B’Mitzvah.

The American-born rabbi said the North Shore Temple community had become a second family to her and her husband David since they arrived in Australia.

“I am grateful for the opportunity to love and lead our Temple family into the future.”

Rabbi Nicole moved to Nashville when she was 18 where she majored in Anthropology.

In Nashville she began a year-round food drive at her congregation called You Can Help.

“A rabbi at the synagogue in Nashville where I was a member gave a Yom Kippur sermon about hunger in the city, so my husband and I decided to do something about it,” Rabbi Nicole explained.

“We came up with a really simple plan, the rabbi supported our initiative, and many congregants contributed. In a matter of 2-3 years, we raised and delivered over 6,000 cans of food for the local food bank.”

When asked how her appoint as senior rabbi could benefit Judaism in Australia, Rabbi Nicole said the outcome could be positive for both women and men.

“I think it helps young Jewish women realise that they can be Jewish leaders too, as well as for young men to see women as leaders in all walks of life,” she said.

Rabbi Nicole leads a reform synagogue, part of Reform (or liberal) Judaism which emphasises the evolving nature of Judaism and stresses the superiority of ethical over ceremonial aspects.