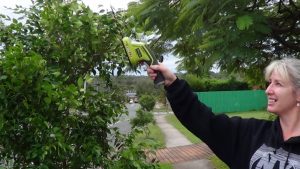 Pruning of street trees could prove costly for Brisbane residents.

People could face hefty fines for cutting too much off street trees, Opposition councillors warned at this week’s Brisbane City Council meeting.

“It is a poor law because it is not in simple language and anyone who reads this local law is still left without vital information as to what the law is achieving,” Cr Helen Abrahams said said.

Cr Abrahams said the information that the public needed to comply with was inaccessible.

“This law refers to two documents – the Australian Standard and the Brisbane City Council Standard for Valuing and Managing Trees. Neither of those are accessible, neither of those have been summarised in this law.

“To get that Australian Standard to work out how to prune a tree, you have to pay 80 dollars,” she said.

Lord Mayor, Graham Quirk said a total of 25mm would be allowed to be trimmed off street trees.

“[A] normal person looking at this local law will be in the situation of saying ‘pruning? Well I know what pruning is. I don’t need to find an Australian Standard’ and then they might be fined with a huge fine for doing what they understood this legislation is all about,” she said.

“These amendments are to give a little more protection where it comes to access to information that is integral to this local law,” she said.

“At least we can give them access to learn how to do it properly.”

“It’s not that the two items here are particularly outrageous or that we don’t support the Opposition’s suggestions, but this is policy on the run,” he said.

Independent Nicole Johnston criticised the council’s lack of support for the proposed amendments.

“I think residents are going to need some more substantive information about how this trimming policy is going to work, because I just see a whole heap of pain ahead for residents,” she said.