Sales of Legacy badges help those left behind 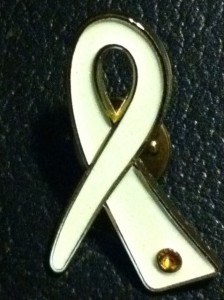 Soldiers were out in force on Brisbane streets today selling badges for the welfare charity, Legacy, which helps more than 100,000 widows, 1900 children and disabled dependants of combat veterans.

Badge-sellers said Anzac Day was an opportunity for serving members of the defence forces to take part in preserving the memory of soldiers, sailors and airmen who have died, as well as helping the families of the fallen.

“We need to remember them,” said a young soldier on the corner of Elizabeth Street and Albert Street in the city.

The soldier, who couldn’t be identified, said he went to Afghanistan for six months and was conscious of how vital it was to not forget what happened and what was happening still.

He said he was selling four kinds of Legacy badges and many people were buying them.

The soldier said he planned to follow the well-established ANZAC Day tradition: ”I’m going to play two-up tomorrow,” he said.