Miracle of birth at the Ekka 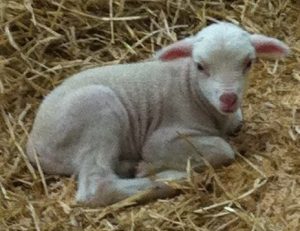 A variety of smells, sights and people greet you as you enter the gates of the RNA Showgrounds for 2011’s “Ekka” – the Brisbane Exhibition.

The show itself has been running since 1876 and has changed a lot since. The first show bag was a bag of coal and it was given to everyone who attended.

In 2011 however things are much different. There are the usual suspects. You can pick up a dangerous yet delicious dagwood dog or you can take a ride on one of many different rides in sideshow alley.

This is my third or fourth show but so far I haven’t got sick of it. Every time I go to the Ekka something that surprised me and this year was no exception.

This is the first year that the Sunny Queen Little Miracles Newborn Centre has been running, and it certainly provides show-goers with an insight into how a baby lamb arrives in the world.

As beautiful and amazing the experience was, I did feel like a bit of a creep peering into the glass at these sheep giving birth in broad daylight with no privacy concerns whatsoever.

An amazing moment indeed was certain when being told several times “it was minutes away from happening”. It finally did happen and amazingly two baby lambs were born within moments of each other.

The sudden squirm of the lamb had many young children squirming themselves at the image in front of their eyes but it was something that I feel needed to be seen.

It was a moment in time that many city folk like me would have never witnessed had it not been for the display and I walked away from the experience thanking my lucky stars I didn’t come into the world in front of a crowd of onlookers.