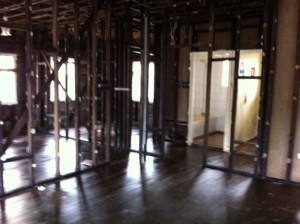 Up to $80,000 will be available in the third round of payments to victims of the recent wave of natural disasters in Queensland, Premier Anna Bligh told Parliament today.

She said there were thousands of Queenslanders whose homes were not destroyed but who sustained considerable damage.

“The third funding round will extend to those people whose homes may not have been completely destroyed but who have experienced other major structural
damage – people who, for instance, may be living without a kitchen or a bathroom, people who are unable to go back into their homes until electricity can be supplied with internal work being done on the house,” she said.

Earlier payments of $100,000 were made to people whose homes had been totally destroyed.

She said the grants would be paid to families with a combined income of $150,000. An initial $5000 would be paid to all successful applicants, followed by 50 percent of reconstruction costs up to $80,000.

“We hope that this makes a difference,” she said, commenting on the many people whose claims were not being honoured by insurance companies.

The Premier’s Relief Fund has received support from the corporate, sporting and entertainment world including entertainers Michael Buble and the Foo Fighters who have given generously to help others.

Ms Bligh said the fund had now gathered “an amazing $252 million”, and had already paid out more than $60 million to victims. 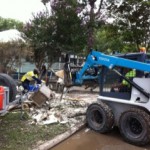 The Premier urged anyone who was waiting on claims to be paid from their insurance provider to not wait and encouraged them to apply for these grants to help them get back on their feet sooner.

Applications for the grants open on Monday and close on June 30. Applicants will need to provide at least two quotes to have access to the funds. Forms can be downloaded from the Government’s Floods website.

“We are not trying to rush people, but we are in a position to start getting those grants out very quickly,” Ms Bligh said.