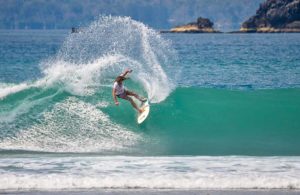 In the slums around Vizhinjam Fishing Harbor in Kerala, India, poverty is everywhere.

In one village children as young as 10 work on fishing boats instead of going to school.

Just 2km away from Vizhinjam waves break cleanly on the shores of Kovalam Beach.

It was here that Jelle Rigole, a 32-year-old Belgian, realised surfing could be used to get kids inside classrooms.

“I first came to Kovalam in 2005 on a social studies trip with the not-for-profit Sebastian Indian Social Project (SISP),” said Jelle, who started windsurfing at 12.

“I was working with SISP, helping to improve the living conditions of the local people.

“We were helping with clean water, bathroom facilities, and getting the children into school.”

During the three-month internship the dreadlocked surfer struggled with the hard realities of life in one of the world’s poorest nations.

He turned to surfing to ease his troubles.

Amid the small waves, Jelle found the peace he needed to continue helping disadvantaged children.

He also found something interesting – the local children were just as excited to see him catch a wave as he was to be on one. 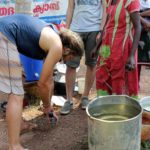 “Whenever I stood up on a wave, the local kids were cheering me on and they all seemed curious about this strange new sport,” he said.

Jelle soon started teaching the SISP children how to surf. But he had one important rule: they had to be regular students at the SISP school. No school meant no surfing.

Now in its eleventh year, the Kovalam Surf Club has seen children as young as five stand up and catch their first wave.

But most importantly, says Jelle, it has changed the lives of poor Indian children by giving them access to the education they deserve.