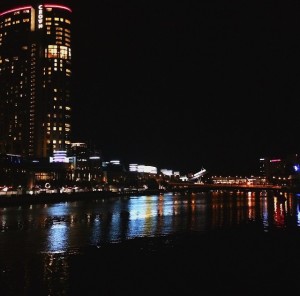 Australia’s best known cities seem to have their own signature. Sydney – the music venture. Brisbane – a business kind of vibe, where even the Apple store looks like a colonial treasury. But Melbourne – an indulgence of art. Whether it’s the graffiti walls on Hosier and Rutledge Lane across from Federation Square or the cosy hide-away alley cafes and restaurants that make you feel like you don’t even need an Instagram filter to make it seem beautiful, Melbourne does art.

If you’re wandering through Southbank, you just might run into a street artist or two. Sometimes they’ll offer to draw you a real life portrait of yourself, make a few balloon animals, spray paint a sunset or draw pictures on the concrete with chalk. Or there’ll be someone wandering around the streets doing circus tricks.

And many of Australia’s greatest paintings are in Melbourne’s National Gallery of Victoria, in its main base in St Kilda Rd and its Federation Square gallery. Art brightens up and gives character to the city’s laneways

The weather is a natural art of Melbourne. The old saying is true – Melbourne can have four seasons in one day.

From the moment you step off the plane, it was swamped with heat, something Queenslanders are quite used to, but by four in the afternoon the city was drowning in rain. If that wasn’t confusing enough, waking up to cloudy skies the following morning and having it transforming to clear blue all before midday just in time for a walk along the Crown Riverwalk, which pleasantly enough swarmed with markets and food stalls for the Chinese New Year festival.

Crown Towers is another great attribute of Melbourne. Yes, it’s a hotel. But it’s not JUST a hotel! It’s what heaven looks like. The second you walk into the lobby you’re stunned with acres of marble floors and a chandelier that’s bigger than anything you’ve ever seen. The rooms are equally satisfying, with beds that feel like clouds and two large glass doors that lead to one of the most exquisite looking bathrooms imaginable.

Not to mention the endless hallways of designer branded stores that lead to a food court and all the other hotels of Crown. If you’re over 18 then you’re in luck – not even having to leave your hotel with the clubs and casinos inside the building. 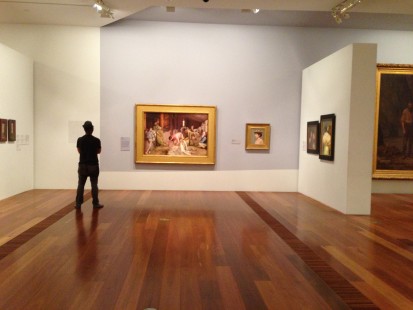 Crown is a luxurious hotel where you take in everything you need to relax. But if you want peace and quiet, make a personal note not to book in when an internationally famous boyband are also staying there.

If you’re into simpler things, then walking along the Riverwalk at night is the right way to do it, with the lock bridge and the lights of the hotels and nearby restaurants illuminating the water beneath you. The only thing terrible about a trip to Melbourne is leaving Melbourne. Even if it was raining the day of departure. Or maybe it was just my tears.