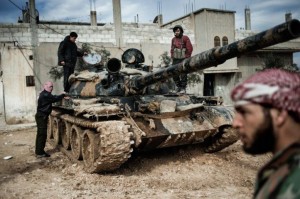 The Senate has approved the Foreign Fighters Bill, making it illegal to advocate terrorism and declaring overseas conflict areas no go zones for Australians.

The bill passed the Senate easily 43 votes to 12 with Labor and the Palmer United Party supporting the government. Only the Greens, independent Nick Xenophon and Liberal Democrat David Leyonhjelm opposed the bill.

The government said the legislation was aimed at terrorism, but opponents said it infringed civil liberties.

Greens senator Penny Wright told the Senate that every time Australians lost their freedoms, including through legislation, and when innocent people were hurt, terrorism was winning.

“Already, by playing the national security trump card, by rushing through Parliament in the space of two days in the Senate, with inadequate time to consider them…it is possible to say that this government is already allowing terrorism to win, or to start to win,” Senator Wright said.

David Leyonhjelm of the Liberal Democratic Party said it would be more difficult to monitor people promoting or engaging in terrorism.

“The issue of course is that making Hizb ut-Tahrir illegal will not stop Daesh’s (ISIL) videos being made or distributed and watched,” he said.

“I like the fact that I can read Hizb ut-Tahrir’s website… I could have pointed out that the best response to speech is more speech.

“I could have also suggested that the government was in the process of tearing up the Magna Carta and depositing the bits in Lake Burley Griffin,” he said.

Liberal senator David Fawcett said there had been wide consultation by the government with the community and intelligence agencies about the amendments.

“One of the problems in the past has been that people who had been seeking to inoculate in young, impressionable minds the mindset that this is something that is not only permissible but required by their ideology had been very smart and clever to walk a fine line to avoid the current law which would capture them,” he said.

“It is important to change the threshold to enable our security officers to act in a timely manner so that they can apprehend people and prevent these occurrences.”

Some of the changes have been criticised by Labor for being too vague such as a stipulation that it is illegal to be in a terrorist zone without a legitimate excuse.

The changes have also been criticised as vague because an entire country can be declared a terrorist zone what is considered as legitimate hasn’t been specified adequately.

A Labor spokeswoman told AAP that the bill failed to exclude people who may be engaged in “genuine academic, artistic, political or religious matter”.

Greens senator Penny Wright said “as the law stands, visiting friends will not suffice” and that religious pilgrimage was not exempt either.

But Attorney-General George Brandis said it was not up to the government to define every imaginable exception.

“This is not about freedom of expression. It is about advocacy of terrorism,” he said.

A spokesman for Hizb ut-Tahrir told Newsbytes the legislation was aimed at opposition to dissent.

“The target of this bill is any serious opposition to the West’s interventionist policies abroad and draconian policies as home,” he said.

“These new anti-terror laws, like their predecessors, are politicised instruments that afford the executive unbridled powers to subjectively punish political dissent.

“It is not a coincidence these laws have been almost exclusively applied against the Muslim community, criminalising en masse, Muslim dissent.”