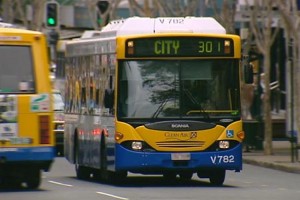 Plans by the Queensland government to cut back bus routes have been condemned by the Brisbane City Council.

In a rare unanimous urgency motion, Liberal National Party and Labor Party councillors called on the government to reconsider the changes.

“(They) will have significant impact to Brisbane residents – in particular seniors … and those with disability issues,” transport committee chairman Peter Matic said at this week’s council meeting.

Independent councillor Nicole Johnston said 25 percent of all city bus services would be either cut or have their frequency reduced, with “shocking impact” on the elderly in particular.

“These timetables are now redundant because the state government shows contempt for commuters in this city,” he said.

“We have not heard a word from the Lord Mayor in the five days since the review came out,” he said.

“The time for action was before the review came out.”

Cr Quirk said he did not oppose all aspects of the proposals, “but let’s just say I have some doubts”.

“If you make it too hard for people they’ll simply jump back into their cars,” he said.

During an often rowdy debate the LNP administration refused to accept amendments from their opponents.

They rejected a proposed amendment by Labor deputy leader Helen Abrahams calling for an extension of time for public submissions to the review, but were caught red-faced when news came through that Transport Minister Scott Emerson had agreed to an extension.

They also rejected a call by Cr Johnston for cancellation of non-peak as well as peak services to be condemned.

The SEQ Bus Network review and proposed changes can be found at www.translink.com.au/travel-information/service-updates/seq-bus-network-review. The public has four weeks to provide feedback on the review and its recommendations.

The proposals, which were a part of the SEQ Bus Network Review conducted by Translink state that “resources will be reallocated, reducing levels of service on some local services and reinvesting in an expanded high frequency network”.