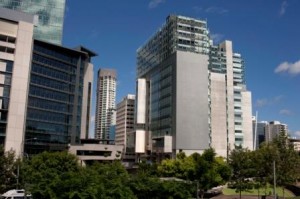 While controversy raged over government plans for the top end of George Street, plans for the lower section nearer Roma Street station received a better reception.

The construction union and the Property Council have welcomed the State Government’s reconstruction plan to introduce new work spaces for public sector workers in Brisbane.

Premier Campbell Newman told Parliament this week the plan would focus on the lower section of George Street and help establish Brisbane as “Australia’s new-world city”.

“We are breathing new life into a part of town that has been neglected for far too long,” Mr Newman said.

“At a time of economic downturn, the property-related jobs created through this project will be a much-needed stimulus for the industry,” she said.

“It reinforces the Government’s commitment to recognising property as one of the four pillars of the Queensland economy.”

Minister for Housing and Public Works Bruce Flegg said the project would save wasted space in the precinct.

“We have blocks of land on the riverfront that have been empty for 40 years,” Dr Flegg said.

He said the reconstruction would revitalise public space, create jobs in a distressed construction industry and give public sector workers the accommodation they need.

“These are very, very good reasons for us to be calling for expressions of interest.”

One Response to “Support for Newman’s ‘new-world city’”