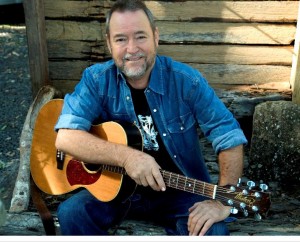 John Williamson is as Australian as Holden cars and Vegemite. He’s in the ARIA hall of fame, has 24 golden guitars and has sold more than four million albums.

After more than 40 years in the industry he’s just released his 48th and possibly his final album.

John started his career on the Melbourne talent show New Faces where he performed what he calls “a silly song”… “Old Man Emu”.

“I wrote ‘Old Man Emu’ and that’s when I realised I could write a song,” he told Newsbytes in Brisbane this week.

“It took me 16 years for me to write anything other than ordinary songs.”

At his first attempt he won that talent show and scored a recording contract with Fable records where he later produced his trademark song “True Blue”.

John attributes his love of the Australian landscape to his childhood and love of birds.

“You appreciate the need for habitat if you like birds. I guess it’s where it all started.”

He’s performed at Sir Donald Bradman’s memorial, the Rugby World Cup final and at one of our most revered places, Kokoda.

“I knew that I’d be representing Australia in a lot of ways because I could see there was no one else doing it.

“Slim Dusty was out there but he was kind of limited to the bush a bit and I really wanted to bring that to the city.”

On 20th September 2006 John faced one of his toughest performances. It was just 16 days after his great mate and fellow Aussie icon Steve Irwin died.

He was invited to perform his hit “True Blue” at Steve’s memorial service. John recalls the rollercoaster of emotions facing him that day.

“We had a rehearsal the day before and that’s when I realised it was going to get to me if I wasn’t careful.

“Believe me I was struggling.”

John acknowledges the change Australia has undergone and will continue to face in the future.

“My main battle is too make sure we don’t take for granted this ancient country of ours.

“We can go too far in knocking the bush down. We’ve just got to be careful that we don’t lose the spirit of this place.

“It’s not as honest a place as it used to be. I grew up in a little town where you never locked the car doors but you wouldn’t do that these days.”

John is 67 and says he’s looking to slow the pace of touring but won’t stop performing altogether.

“I think I’ll sit back a little bit. I’ll always take on specials and do the bigger places but as far as going out on the road and doing all the towns everywhere, I think that sort of thing’s going to slow up a bit,” he said.

John hopes Australians enjoy his new “Big Red” album and continue to appreciate the land we live in.

“I just hope people give ‘Big Red’ a good listen because like ‘Mallee Boy’ (his 1986 album) the songs that eventually last are the ones that are really quite different.

“A range of songs on the ‘Big Red’ are like that …they’re quite different.”