Two out of three remaining Aboriginal languages are likely to disappear in the next 30 years.

About 100 Aboriginal languages face extinction according to a senior linguist.

There are now 150 languages, a drop from 250 in the pre-colonial era, Australian Human Rights Commission figures show.

But only a dozen widely-spoken languages survive.

University of Queensland linguist Dr Felicity Meakins (pictured) said the figure of 150 languages “refers to the number of languages with at least one speaker but actually only there are only about 12 languages spoken by broad communities”. 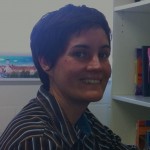 Dr Meakins, a post-doctoral research fellow and Gurindgi Aboriginal language expert, said these 12 languages were spoken primarily in Arnhem Land, the Wadeye River and Alice Springs areas of the Northern Territory where they continued to flourish.

She said the slow eradication of indigenous languages began over two centuries ago when Australia was colonised.

“There were a lot of massacres that went on that really decimated the speech community so languages with very small speaker communities were wiped out,” she said.

Dr Meakins said in the early part of the 20th century some missionaries, including both the German Lutheran and Summer Institute of Linguistics, upheld and preserved Aboriginal languages by vernacular translations of the Bible.

“The missionaries were a mixed bag, detrimental to culture but maybe not so much to languages,” Dr Meakins said.

“Aboriginal children were often placed in dormitories and they were schooled in English and were told they couldn’t speak their language.”

Dr Meakins said the 2008 Northern Territory Government’s decision to effectively end bilingual education flew in the face of all the research which clearly demonstrated the benefits of bilingualism for cognitive development.

“There’s this view that monolingual speakers have that they see having two languages as interfering with your ability to learn a second language. Most of the world is bilingual but English speakers tend to be monolingual,” Dr Meakins said.

She is clear on the vital role all linguists have to play in the preservation of Aboriginal languages.

“We can’t revitalise a language because it’s not our language. It’s the language of the Indigenous group, but we can document languages, make sure there are lots of recordings and act as a intermediary.”

In 2011 a Federal Parliamentary committee inquiry was launched into language learning within indigenous communities.

The inquiry was interested in finding out how the use of indigenous language could assist in improving overall education where English was the second language.

The committee is to report its findings later this year and Dr Meakins hopes to see a return of bilingual education, not just to the Northern Territory but indigenous communities all across Australia.