Qld mental health sector to get $51m from Canberra 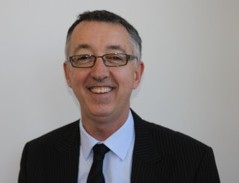 Under the agreement funding will be provided for a coordinated accommodation and support project which includes long-term social housing and support services.

Queensland Alliance for Mental Health CEO Richard Nelson (pictured) said massive underinvestment in patient accommodation was adding pressure to the already strained system and extra funding in this area was an urgent requirement.

“The average length of stay in a psychiatric hospital in Queensland is 290 days, compared with an average of around 54 in other Australian states and territories,” he said.

“This is simply because there is nowhere else for these people to go.”

Mr Nelson said a recent report commissioned by the Queensland Alliance found an alternative investment strategy which redirected funds from psychiatric hospitals into supported community accommodation would enable a 500 per cent increase in supported social housing for people with a mental illness.

“Based on 2011 budget figures, $101 million is invested in psychiatric hospitals, $287 million in general hospital psychiatric services and $19 million in Housing and Support Programs (HASP),” he said.

“This means the state government currently spends 19 times more on psychiatric hospital care then on community based residential options.

“Current HASP funding supports 240 places – shift the $101 million from psychiatric hospitals to HASP and we create a total of almost 1500 places that would support people and keep them out of hospital.”

Mr Nelson said a reallocation of resources would move Queensland from one of the lowest levels of supported community care in Australia to near best practice.

Queensland Voice for Mental Health, a representative body for mental health consumers and carers, agreed that reform was long overdue for the sector but funding was only part of the solution.

Queensland Voice management committee spokesperson Tony Martin said that even with the injection of funds into the system, there were not enough trained staff in the acute or community care sectors.

He said a more holistic approach needed to be adopted in terms of patient care and services, and suggested the recruitment of a peer workforce, which included carers and people who had experienced mental illness.

“Bringing lived experience to the sector is demonstrably effective and can be a recruiting area that brings a level of dedication and long term commitment,” he said.

“Intentional Peer Support and consumer and carer companions and consultants are already used in Queensland and are highly effective, as well as cost effective.”