Photojournalist’s life changed forever by 15 months as a hostage 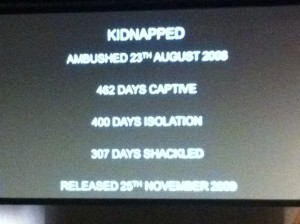 It was a life-changing experience to be a hostage without knowing whether he’d live or die or ever be released, Australian photojournalist Nigel Brennan said in Brisbane this week.

Brennan and Canadian journalist Amanda Lindhout were kidnapped in 2008 just outside the Somalian capital Mogadishu.

He told his story to a group of aspiring journalists, providing invaluable insight into the world of journalism in a hostile environment.

Before being kidnapped he saw himself as quite ambitious and he believed he should go to where “the only news coming out was from local journalists”.

But his experience was “life changing”.

Brennan said he was too naïve and unprepared for what he was getting into.

His captors wanted $3 million for Amanda and himself, but the Australian government’s non-negotiation policy made his situation bleak.

He was concerned at the impact on his family.

Brennan wanted to tell his family “not to waste their money” on paying any kind of ransom for him. He felt the money would do extra harm, as it would directly fund his captors.

He feels his family suffered more in some ways because of the ransom costs as well as the emotional turmoil, which came with the ordeal.

“Is this something you really wanna do?” he said about journalism, especially a foreign correspondent.

And he had grim news about opportunities in journalism, with few able to make a good living out of it.

Brennan came out of his experience questioning the nobility of this profession.

“People act differently in front of a camera,” he said. 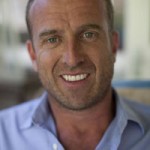 He felt his profession was not necessarily honourable as journalists document the torments of others for money.

When asked he was sympathetic for his captors he said he understood their situation, surrounded by war and violence their whole life which would alter their perceptions.

He was starved of human interaction when separated from Amanda and lost some faith in humanity when hearing her screams.

He admitted guilt for sharing a laugh with his captors and described himself as a cheap prostitute for this.

He has written a book about his ordeal, The Price of Life, in which he stresses the importance of friends and family, of not stepping over someone for money and that no story is worth dying for.

Brennan was speaking at a masterclass for journalism students in Brisbane organised by the Commonwealth Broadcasting Association.

Picture: A slide from Nigel Brennan’s presentation at the Brisbane Convention Centre.