First-ever Anzac Day without a World War I veteran 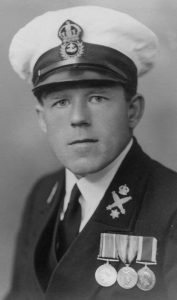 Wednesday’s Anzac Day celebrations in Australia will be the first without a World War I veteran.

He will be remembered tomorrow along with all other service men and women who fought for and gave their lives for their country.

Over 8000 people are expected to attend the Anzac Day dawn service in Brisbane.

“Last year we had about 7500 people attend the service so we are expecting more people this year in the lead up to 2015,” he said.

The service at Anzac Square begins promptly at 4:28am, the precise time ANZACs landed on the shores of Gallipoli.

Other VIPs include representatives of State Government and of the Turkish and New Zealand Consulates.

Adelaide Street and Ann Street will be closed from 2.30am to 6am for the service.

The Brisbane Anzac Day Parade will start at 10:00am in George Street travel along Adelaide Street and Creek Street and finish in Edward Street.

The Governor will be taking the salute at King George Square.

Victoria Cross winner Keith Payne who served in the Vietnam War will be among the marchers.

A total of 18 streets will be closed for the parade from 7am until 1pm, including parts of Elizabeth Street, Creek Street, Queen Street, Charlotte Street and Edward Street.