Festival to focus on urban design 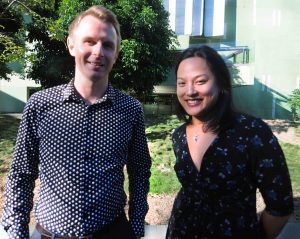 Brisbane’s inaugural urban design and film festival will be launched tonight at the State Library of Queensland.

The design festival called U.R.(BNE) will focus on Brisbane’s public spaces throughout May.

The Films project seeks to raise the awareness of urban design and the built environment and generate a greater interest in architecture, public spaces and the collaborate design process.

Senior organiser and urban designer, Yen Trinh said he would like to encourage people to get together, talk, recognise and understand the city and its public spaces.

She said she hoped the project would encourage people to make use ofthese public spaces.

The project has received no funding from the Brisbane City Council.

Organisers of the U.R.(BNE) were volunteers working closely with the Queensland Department of Local Government and Planning and the Asia Pacific Design Library.

Design Library manager Christian Duell said it was bringing together creative professionals, students and community members who had an interest in enlivening the built environment so they could study and exchange ideas.