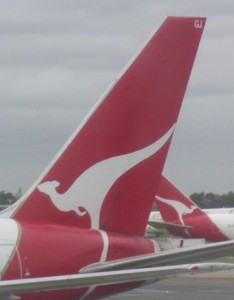 Australia’s first commercial flight powered by sustainable aviation fuel will take to the skies this week.

Biofuel made half of used cooking oil and half conventional jet fuel will power the Qantas Airbus A330 Sydney-Adelaide return flight.

Qantas environment head John Valastro said the goal of Friday’s flight was to examine the potential for sustainable aviation fuel in Australia.

“We know that sustainable aviation fuel can be used in commercial aviation just like conventional jet fuel,” Mr Valastro said.

Qantas spokesman Thomas Woodward said the fuel would be produced by biofuel maker SkyNRG in the wake of high fuel costs and carbon pricing affecting airlines around the world.

“We need to find alternatives to conventional jet fuel that generate fewer carbon emissions. However, we will not be looking to produce biofuel ourselves because we do not have the necessary capital or refining infrastructure,” Mr Woodward said.

Qantas said it had no plans to launch biofuel flights from Brisbane because it was too expensive to produce aviation fuel on the scale necessary to operate regular flights.

He said Friday’s flight was to explore potential for aviation biofuel and the steps needed before it can be produced in Australia.

Mr Woodward said Qantas’s discussions with government and industry bodies had been positive and the airline hoped to make an announcement about an expansion of the project in the near future.

Department of Agriculture, Fisheries and Forestry public policy is for the government to continue to investigate a range of alternative transport fuels, including biofuels, to contribute to the reduction of greenhouse emissions.

Passengers will be able to book on this return service just like normal flights at no extra cost.