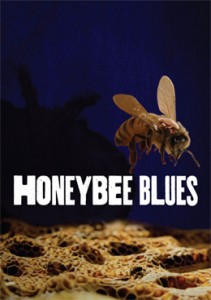 An Australian documentary about bees won the prize for best science reporting at the Commonwealth Broadcasters Association conference in Brisbane this week.

The UNESCO Award for Science Reporting and Programming was awarded to SBS’s Eniko Toth for the documentary, “Honeybee Blues”.

“Honeybee Blues was the epitome of all that was good about public service broadcasting in the Commonwealth,” CBA secretary-general Sally-Ann Wilson said.

“It entertained, informed and educated. The bee story was a story in and of itself, but it was also used as a vehicle to explore wider environmental issues.”

The Amnesty International Award for Human Rights was accepted by Mr Peter Horrocks, BBC World Service director, for the radio documentary, “Assignment – Guinea on the Brink”.

Ms Wilson said: “Guinea on the Brink makes an important contribution to the fight for human rights because it brings this issue to the attention of the millions around the world who listen to the BBC World Service.”

Ms Wilson thanked Mr Richard Uku for attending the conference in his first week as director of the Communications and Public Affairs Division of the Commonwealth Secretariat.

The Commonwealth Broadcasting Association (CBA) is the largest global association of public service broadcasters and also includes member organisations beyond the British Commonwealth.

The Brisbane conference theme was media leadership in crisis, disaster and emergency.