Assange’s mother fears for his life 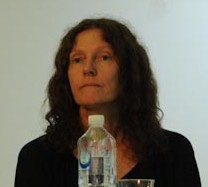 She told a Wikileaks forum in Brisbane at the weekend the Australian government was not doing enough to help her son.

“She has not apologised for this.”

Western Australian Greens Senator Scott Ludlum told the meeting of 100 people questions had to be asked about government transparency.

Mr Ludlum said although the government needed a degree of discretion, some governments especially the United States kept unnecessary secrets.

“These overwhelming secrets are profoundly unhealthy and undemocratic,” he said.

But Queensland University of Technology law lecturer Peter Black said citizens must place some degree of trust in the government.

“There are some things that government is entitled to keep secret,” he said.

“We must remain optimistic about the future. The internet as an international mechanism allows us to fight back and we have reason to be optimistic.”

The forum was held at the Bleeding Heart Gallery in Brisbane City to bring attention to the court case surrounding Julian Assange.

Mr Assange is editor-in-chief of Wikileaks which publishes information given by whistle-blowers.

The meeting was told Wikileaks had just announced that Assange would stand for the Senate in the next election, despite being detained in Britain pending resolution of Swedish extradition moves over sexual assault allegations.

One Response to “Assange’s mother fears for his life”