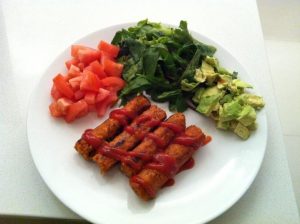 More people would go vegan in the future because eating animal products was an unsustainable practice, according to a Brisbane dietician.

The Vegetarian/Vegan Society of Queensland co-founder and dietician Amanda Benham said the popularity of veganism would continue to increase.

“The human race has no choice but to move away from eating animal products for environmental reasons… and in order to feed our population,” she said.

Mrs Benham, who became a vegan in 1983, said the decision was not one to take lightly but would grow in popularity as people became aware they didn’t have to eat animal products.

“Having that clean conscience and knowing that you’re not contributing to any animal suffering is a good feeling,” she said.

“It can be a great thing… but it’s difficult for them to get a good feed and to feel welcome,” he said.

But he said the recent push towards organic foods had opened up more opportunities for vegans to eat healthy food.

“Availability has completely changed across the board,” he said.

The presence of support groups such as the Vegetarian/Vegan Society of Queensland, founded in 1990, would also support the lifestyle choice in the future.

Mr Hamilton stressed the importance of education before making the ideological decision to become a vegan.

“You need to get educated on both sides. It’s great that you’ve got a passion and a fervour and you want to stop animals being hurt… but at the same time you have to balance that by making sure you know what you eat.”