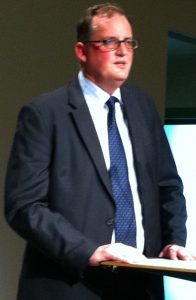 In his keynote speech at the 2011 MediaPass Student Industry Day in Brisbane, The Australian newspaper’s national chief correspondent paid tribute to the veteran ABC journalist who was killed last month with cameraman John Bean and pilot Gary Ticehurst in a helicopter crash at Lake Eyre.

Most important, he stressed, was a quality which defined Paul Lockyer as a journalist – an affinity with people.

“You need an affinity with people and you need to be able to derive a great personal satisfaction from hearing their stories, bringing their plight to public attention and never forgetting that the real story lies with the people,” Mr Thomas said.

Hedley Thomas met Paul Lockyer only a couple of times but admired him from afar, having viewed footage of the correspondent “speaking to the camera and narrating the stories” from Cambodia to Grantham.

“I heard a man who was genuine in his compassion and sincere with his humility,” Mr Thomas said.

He quoted words by Walter Hamilton, Paul Lockyer’s long-time manager at ABC: “He saw stories as people first, and not fame for him as a journalist. He was always a very low-key personality but a high-key journalist.” 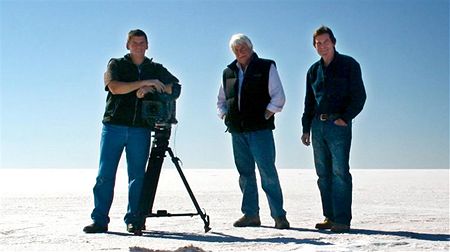 Mr Thomas said disregard for showiness or fanfare was fundamental to Paul Lockyer’s success as a journalist over four decades.

“In the era of celebrity TV journalism, Paul kept it real,” he said.

“He achieved great things because his genuineness was unmistakable to the people whose stories he genuinely wanted to tell.”

According to a former colleague Paul Lockyer had worked out early that a calm, natural and up-front honest approach to a story would get him a lot further than an aggressive, hectoring approach.

“I couldn’t agree more,” Mr Thomas said. “Paul achieved great things quietly, his journalism was exemplary, and I urge you to make a study of his work too.”

Hedley Thomas began his journalism career as a cadet with the Gold Coast Bulletin and has won five Walkleys.

The MediaPass Student Industry Day is organised by the Media Entertainment and Arts Alliance.