Transferring public servants to Carseldine tipped to cause traffic chaos 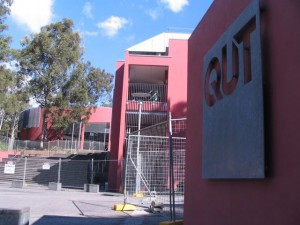 Huge traffic problems have been predicted with the state government’s plan to move public servants to the former QUT Carseldine campus.

Bracken Ridge councillor Amanda Cooper said nothing was being done to address the traffic impacts of up to 1000 new workers in the area and residents had wanted the campus to stay.

“I know that my residents wanted the campus to stay as a educational facility,” she said.

“Their view is it gave students the opportunity not to have to commute into the city and it was a really valued part of the community.

“I am concerned to see state government employees relocating to the area when nothing has been done to address the huge traffic impacts this will have on the local area”.

Cr Cooper said she only found out renovations to the former QUT campus were taking place when a resident informed her of seeing workers at the site.

She said Urban Land Development Authority who are now in control of the site did not consult with her in any way.

Cr Cooper said residents were not only worried about traffic impacts but also about losing the sporting fields associated with the former campus.

She said there was a future plan to scrap the fields in favour of development.

“Another area I know residents are really concerned with is potentially the loss of the sporting fields.

“When QUT was in control of the site the sporting fields were constantly used by the community – I’m concerned about the proposed future loss of sporting fields”.

The state government announced this month it would spend $50 million upgrading the former QUT site to give employees the opportunity to relocate from their current city offices as part of the government’s decentralisation commitment.

A spokesman for the Department of Public Works said up to 1000 public servants would eventually be relocated, mostly from the departments of Transport and Main Roads.

He said the public servants would begin moving in late 2012 and the vacated city office space would be released to the market in stages.

He said the new office precinct at Carseldine would give small retail businesses the chance to provide amenities for the public servants.

QUT closed its Carseldine doors in January 2009 after student numbers at the campus dropped and has been unused since.