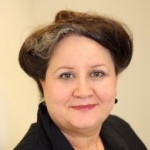 Queensland children could still be concerned about the floods seven months after the deluge that affected Brisbane, according to a leading child development expert.

“The floods raised real issues of uncertainty and unpredictability for them,” she said.

She warned the loss of homes, treasures and personal space could lead to long-term anxiety like avoiding sleepovers or anxiety when it rained.

But the floods did not affect just one particular age group.

It was not so much about age groups as it was about the circumstances families found themselves in and how badly flood affected they were.

“Some of the kids were quite affected even though their homes weren’t flooded,” she said.

“It’s not just the kids who have been affected. The whole family has been destabilised.”

She said one of the best ways to combat this instability was to participate in regular, everyday, community activities.

“To get the sports clubs up and running again is, I think, a really wise strategy to help kids,” she said.

In March, the then Lord Mayor Campbell Newman announced an $11.8 million package that would help to repair damage to Brisbane community and sporting groups after the floods.

“Some sense of normalcy can in some ways allow you to de-stress,” she said.

But Professor Danby stressed the importance of support services available for children, including teachers, school counsellors and helplines.

“During the Australian floods Kids Helpline experienced a 50 percent increase in phone calls, web chats and emails,” she said.

“It is particularly important that children have access to these essential counselling services.”