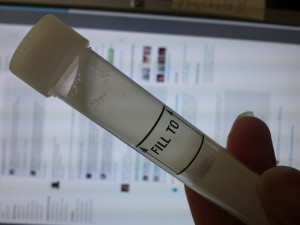 Queensland University of Technology senior lecturer in forensic DNA Dr Bill Lott said the kits were a waste of money.

“If there were a fight on the bus, then the bus becomes a genuine crime scene and all samples should be professionally collected.

“I am just not following the BCC’s logic on this.”

Dr Lott said he doubted any court would accept the samples as evidence.

The BCC began a trial of portable DNA kits on buses out of the Garden City depot two years ago but is yet to produce a report on the effectiveness of the trial.

Almost 200 Garden City bus drivers have volunteered to carry the DNA kits and to collect DNA samples if a passenger spits at the driver. 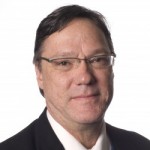 The drivers received a 30-minute presentation from Queensland Police and the BCC on how to use the kits.

Only three DNA samples have been taken in the past two years and none have been sent to police for testing.

QUT science and technology associate professor Terry Walsh said it would be difficult to secure a confirmatory sample from the suspect.

He said a forensic chain of evidence was needed for the DNA samples.

“If you’re trying to prove that someone spat on the bus driver it needs to be able to be proven that the swab was taken from the bus drivers face, or wherever it was and for that you probably need a witness,” he said.

“You’ll need to have a bus passenger who is willingly to be identified and signing it off, so the evidence sheet will have yes I verify that this is a sample of the spit taken from bus driver Bill Smith.”

There were two major limitations of this type of DNA sample collecting. 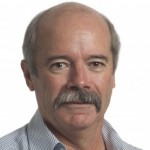 “The two major limitations I see, are the amount of sample that can be gathered and the potential for contamination,” he said.

“A drop of blood is quite a concentrated DNA sample, spit is not.

You’re dealing with a scene where it’s not the ideal place to collect DNA.”

He said he would be doubtful if the DNA sample could be used in court and it could face several challenges.

Asked to respond, BCC provided the following statement: “The Queensland Police Service is responsible for investigating assaults and prosecuting cases. However, the DNA kits would be provided along with other available evidence including witness details and CCTV footage if available. The training for the use of DNA kits was developed and delivered in conjunction with the Queensland Police Service.”

“I think it would be very difficult to get that into evidence. The court would not be thinking that the bus driver has the appropriate level of training to be able to taking these sorts of tests,” he said.

“You have to have a chain of evidence to establish it is not being contaminated in any way. I don’t see the point of having them on the bus unless a scientific police officer comes on,” he said.

“It must be unbroken, uncontaminated chain from where it was collected all the way up to when it came into the lab. If you got a bus driver who is not really a trained person in collecting DNA evidence, I would think that would be very easy for someone to attack.

“I would have great doubt that if a criminal prosecution took a sample which was collected by a bus driver who had an hour of training in how to collect the sample would get in.

“I think it’s a bizarre idea.”

Just because a sample was collected it didn’t mean there was sufficient evidence, he said.

“This is one of the other traps of DNA that people think that once you find a bit of DNA you prove your case. It doesn’t do such a thing at all.

“DNA can be on the bus drivers for all sorts of reasons other than being spat on. It doesn’t prove intention and it doesn’t prove all the elements of the offence.”

Rail, Tram and Bus Union Bus Division secretary Dave Matters said in any other workplace if a person assaulted an employee, the offender would be arrested.

“If you go to the airport and abuse a staff member what would happen? You would be arrested and taken straight away. What happens with a bus driver?” he said.

Mr Matters said he was concerned about the use of DNA kits.

“There are all sorts of legal implications for DNA testing,” he said.