Thousands rally in Brisbane to call for carbon tax 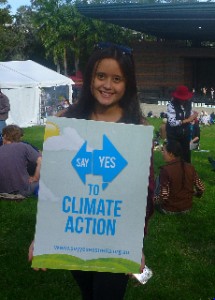 ‘Say YES’ organisers believe that up to 5000 people attended the rally at the Brisbane Riverstage.

Waving placards, people called for action on climate change and supported a price on carbon.

Greenpeace CEO Lynda Selvey said: “We’re up against big powerful multinational companies and they are fighting tooth and nail to protect self-interests.” 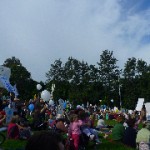 Amelia Birve who attended the protest said she was there because she “supports Prime Minister Gillard and wants to see the country moving forward in terms of climate action”.

One woman holding a SAY YES to CLIMATE ACTION sign said “I think it’s important that we look after the environment and take action before it’s too late, it’s was great to see so many people come out to support a good cause.”

Nationwide thousands more have rallied as a result over the heated debate on taking action on climate change.