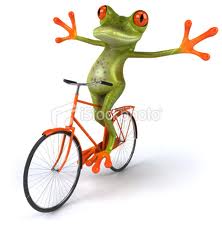 Staunch supporter of the CityCycle scheme, Lord Mayor Graham Quirk, admitted in this week’s council meeting he was not himself a cyclist.

Cr Quirk was replying to a question from Labor councillor Helen Abrahams.

The mayor said he had tried CityCycle but his long legs made him a poor cyclist. Cr Quirk said it had been the same in his wicket-keeping days, when he earned the nickhame, The Frog.

Like our amphibious friend, Graham Quirk effortlesly leapt from self-deprecating jokes to defending CityCycle, boasting of a recent 20 percent growth in usage.

He describes it as an “evolution not a revolution”, as an infant scheme that will grow in its success. Much like the Story Bridge which, he said Labor would never have built if they were in office.

The Story Bridge, he said, was a project of foresight, like CityCycle.

And he rounded off his answer to Cr Abrahams to ask when she had last driven a car.

One Response to “Quirk leaps to defend cycle scheme”