Give us back our water – Campbell Newman 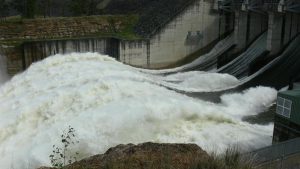 Lord Mayor Campbell Newman has called on the Queensland Government to return control of water supplies to Brisbane City Council.

“Give it back to the BCC,” he demanded at today’s Council meeting, when blasting water authorities for huge jumps in the price of water since handover of the water grid to the State Government in 2007.

Cr Newman said he predicted four years ago that the price of retail water for Brisbane households would rise dramatically. The cost of water has gone up 147 percent, to $876 a year for the average household.

“Everything [that was predicted] has come to pass,” he said.

Cr Newman’s solution: “we need one bulk water company”, handing over the administration of water supply to local government and capping the cost of bulk water prices.

He said the crucial issue was “why have the prices gone up?” Cr Newman said the substantial price hike resulted from passing on the cost of bulk water supply to retail water customers.

Labor councillors joined the Liberal majority to give unanimous support to a motion calling on the State Government to cap wholesale water price increases in line with inflation so as to reduce further utility price hardship on Brisbane residents.

“Ï believe we should hold all levels of the Government accountable for these prices,” Cr Johnston said.

She said the council owned 85 percent of stock in major water supplier Queensland Urban Utilities and should use its majority shareholder powers to enforce a limit on price increases to keep water prices inline with CPI.