War of words over community garden 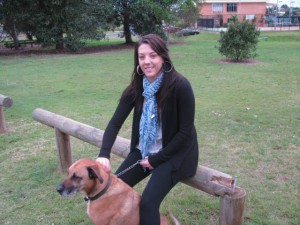 A community garden in Kitchener Park, Wynnum, has sparked a war of words between the local garden group and a residents’ group opposed to the garden’s location.

Backing the garden, Wynnum Manly Community Gardens Group’s co-ordinator Leigh-Ellen Jacobs, said the group was breaking its silence to set the record straight about the proposed garden on Bridge St, that has faced strong opposition from some residents.

Ms Jacobs said the council had advised her group not to speak to the media or visit the garden site after the pro-garden group received threats to disrupt the garden and physically impede the volunteers from gardening.

“The wording of the original letter or email he sent was inappropriate and the council legal people actually recommended we refer it to police which we did,” he said.

“The bloke said he didn’t mean any physical violence or anything like that so I think that was a bit of a storm in a teacup.”

Ms Jacobs said the group wanted to counter what she called the “one-sided misinformation campaign” from the Bridge Street Action Group – a group opposed to the garden – including claims the seven households on Bridge St had not been properly consulted.

“They were invited to a public consultation in February and none of the seven households attended. We also talked by phone and invited further meetings,” she said.

She said the garden would provide benefits for the whole the community, and the campaign against it was being run by only three of the seven households on Bridge Street.

But Bridge Street Action Group spokeswoman Simone Bleaney said every household in the street had signed a petition against the garden, and they would continue their opposition as long as possible.

Bridge Street resident Samantha Kruger, 19 (pictured), said her family had moved there because of the peace and quiet and the park across the road.

“We’re not against the community garden as such but we’re worried about the extra noise and losing this part of the park,” she said.

“No one’s responsible and it doesn’t seem to have fazed them,” she said.

“Everything that was in the petition was taken into account when we made the decision that the garden would be on Bridge Street,” he said.

He said the site was found to be the most appropriate site for a garden in the area after an extensive search, and he thought once the garden got underway the issue would settle down.

“It’s only a garden. I said to someone recently ‘it’s a garden, it’s not a nuclear power plant,’” he said.