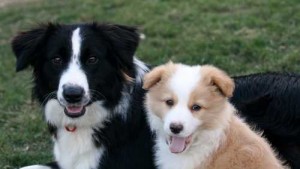 Initiator of the petition and RSPCA assistant chief inspector Tracey Jackson said this week while the RSPCA conducted its own investigations into unethical puppy breeding, government intervention would be more effective.

“Because we are a charity-run organisation, we have limited funding and so having the legislation and regulation by the Government would make puppy farms very difficult to operate,” she said.

But while the petition already attracted nearly 1500 signatures Mrs Jackson believed it would be a long time before the Government took action on the issue.

“We have asked for legislation amendments from the Government before to help us fight these issues,” she said.

“We’d like to see amendments to the Animal Care and Protection Act 2001 but have been waiting quite some years for them – and it looks like we’ll be waiting for some time yet.”

Minister of Primary Industries Tim Mulherin said he would not make any comments on the petition until it was over, despite the already high number of signatures. 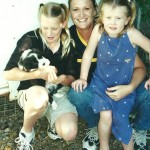 Local private border collie breeder Lynda Hollingworth (pictured) is concerned a long wait for Government action will affect her Border Collie sales, despite being a member of, and adhering to the CCCQ’s standards.

“While people may be aware of the issue of puppy farming, they have no way of knowing which breeders are doing the right thing and it could impact the breeders that are,” she said.

“Although I am a member of the CCCQ, I do not register my puppies because it is too expensive and people may be deterred from buying my puppies in the (news) paper because of that.”

She also said being a registered dog breeder did not stop some breeders from doing the wrong thing.

But Tracey Jackson said the RSPCA was considering developing a website in partnership with the CCCQ where ethical breeders can become members after having their properties inspected, until the Government makes any new laws.

“This will help buyers know that these breeders have been checked and that they are complying with the ethical dog breeding standards,” she said.

The RSPCA puppy farm discussion paper can be found online at www.kb.rspca.org.au/file/55/
The close puppy farms petition runs until January 7 next year.

One Response to “RSPCA seeks ban on puppy farming”