No pain, lots of gain 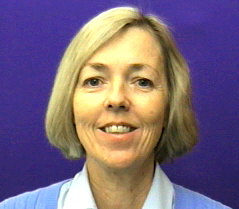 A prominent university pain expert is working with a Brisbane-based biotechnology company to develop a new generation of pain killers.

University of Queensland School of Pharmacy Head of the Pain Research Group Professor Maree Smith (pictured) said her collaboration with Alchemia Limited sought to reduce the side effects associated with opioid pain killers like morphine.

“What we’re trying to do is to identify for future development molecules that produce pain relief as effectively as morphine does, but with a much improved side effect profile,” she said.

She said the research focussed mainly on minimising constipation, a side effect of morphine that reduced quality of life in patients with moderate to severe pain.

“If you could have a molecule that could become a medicine equally as good as morphine at producing pain relief, but without the constipation, that would be a great advance in terms of pain management,” she said.

Alchemia Ltd vice president of discovery Dr Wim Meutermans said the research so far was promising, with proof of concept being shown in tests on animals.

“We found a number of molecules that showed what we were looking for, so they showed good analgesic effects and no constipation effect when compared to morphine head-to-head,” he said.

“That was somewhat a lucky find, but the idea now is to get these molecules to actually be injectable or orally available.”

But Dr Meutermans said it may take years before any drug would be developed from the research.

“Making drugs is a very complicated and a very difficult thing to do. It takes 10 to 15 years in a success story, but there are also many non-success stories,” he said.

He said the collaboration with Prof Smith was a good example of how the industry could work well with experts in academia.

“Maree Smith at UQ is a world-leading expert in these specific in vivo models and in pain in general, and she’s got expertise right through to the clinic and to human clinical trials,” he said.

The research has received a $1 million grant under a dollar-for-dollar funding arrangement under the Queensland Government’s Research-Industry Partnerships Program.

“These are leading lights in Queensland’s biotech research community whose ideas could potentially make a big difference to people’s lives,” she said.

“Each of these projects is unique and has a great potential – whether in health or industry.”

The program forms part of a $13 million funding package for research and biotechnology throughout the state.