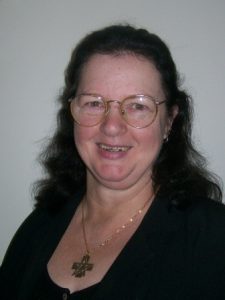 In the face of an epidemic of self-harm, with more than half a million Australians injuring themselves each year, a counsellor urges people not to feel guilty if they self-harm.

“Be strong and try not to feel guilty,” says Zoe Farris (pictured), a former self-injurer and long-time telephone counselling team leader for the Mental Health Association.

“Seek support to help find ways to do this, and like my doctor said to me ‘Others can help you, but only you can stop harming yourself,’ ” she said.

An estimated 520,000 Australian’s self-harm each year, according to a report launched by the University of Queensland this week.

The Australian National Epidemiological Study of Self-Injury was the world’s largest study of its kind, and the first to look at self-harm across the life span.

The four-year study found self-injuring was as common as conditions such as panic disorder and obsessive compulsive disorder, occurring most frequently among the 10-17 age group.

Senior research technician Sarah Swannell said the purpose of the study was to find out how many people self-injured, and the reasons why.

“In Australia only a handful of studies have been done, and have been limited to school and university students,” she said.

“We wanted to have a clearer picture as to how many Australian’s self-injure, and what are the characteristics of these people.”

She said the results were overall surprising, and sometimes a “bit of a shock”.

“The sheer numbers of how many people self-harm were unexpected,” she said.

“We also found self-harm can begin as young as the age of five, and continue to the ages of 75 to 84.”

Ms Swannell said while the risk of suicide increased as the severity of self-harm increased, it was important to know the difference between the two.

“Self injury is a way to change emotions and to cope with life. Suicide is a way to end life,” she said.

“It’s also a common misconception that those who self-injure are merely seeking attention, and this is a dangerous belief.”

Director of the study Professor Graham Martin of Queensland University said self-harm was too often ignored in society, as was suicide.

“This is not a subject that is talked about, it is a hidden epidemic,” he said.

“People feel uncomfortable talking about it, but it is an issue that is widespread and we have demonstrated that with our research.”

Zoe Farris, who seven years ago overcame nearly a lifetime of self-injuring, said opening a community discussion about self-injury was an important step towards helping sufferers.

“It is hard to come out and talk about it, because self-harm is such a taboo,” she said.

“But talking to someone about their feelings is probably the best way to help them overcome it.”

Ms Farris said there was no difference between substance abuse and self-injuring.

“When people drink alcohol or take drugs, they are still damaging their body, and trying to change how they feel,” she said.

“But for some reason substance abuse as a way of coping is more socially acceptable than self-injury.”

For an electronic copy of the self-injury report, or a copy of Seeking Solutions to Self Injury – A Guide for Young People, email Heather Valentine at [email protected] or call (07) 3365 5098.