Shingle Inn to have new life in City Hall 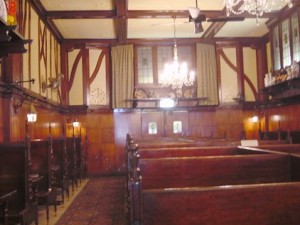 Brisbane City Council today signed an historic agreement with the Shingle Inn to recreate its original shop in City Hall.

The original booths, windows and silverware have been saved from the iconic Shingle Inn (pictured left), which operated at its Edward Street address from 1936 to 2002.

They will now be unpacked to form part of City Hall’s refurbishment project.

Lord Mayor Campbell Newman said the Shingle Inn would donate the fittings of the shop free of charge, but the cost of installation will fall to Brisbane ratepayers.

“The installation should cost between around $600,000 to $900,000. There are some uncertainties there because the fitout has been in storage for some time,” he said.

“It would be done within the overall budget of $215 million from City Hall.”

The Shingle Inn will then come in and operate as a commercial business, paying rent to the city for the location, he said.

“I think it’s a fantastic win-win. It saves this piece of heritage, it installs it in a building where it is actually totally compatible.

“The interesting thing is the architects from City Hall were also involved in the fitout of the Shingle Inn as well,” he said. 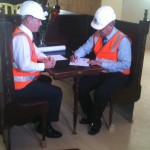 “After 2002 when it was deconstructed we looked at various sites around Brisbane and this is by far coming out of it as the best opportunity for us to recreate the Shingle Inn,” he said.

“It’s from the same period of the Shingle Inn and I think it’ll be very popular.”

The Bellchambers family, owners of the Shingle Inn since 1975, have expanded the company to 11 stores across South-East Queensland.