One entry can kill your rights 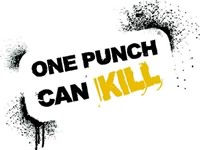 Queenslanders who enter the Government’s “One Punch Can Kill” competition would give up almost all of their rights to their own work, an intellectual property lawyer said yesterday.

The competition calls for entries with an anti-violence theme to be used in ads for the campaign.

But anyone who enters the competition would need the permission of the Queensland Government to use their own entry anywhere else, even if they did not win, Queensland University of Technology media law expert Peter Black said.

Condition 10.2 of the competition entry says by submitting work to the competition, an entrant transfers ownership of their intellectual property to the Queensland Government.

He said any competition making use of UGC would need to have conditions saying how the intellectual property in the entries would be treated.

But forcing all entrants give up the rights to their work was at the extreme end of the range of options, he said

While there is no law that would stop competition organisers taking over intellectual property as part of the conditions of entry, the spirit of UGC required a more transparent approach, he said

Queensland Police senior media officer Katherine Boczynski said the competition gave young people a chance to have their say and get involved in putting an anti-violence message together.

She said she did not think that handing over the ownership of their work would discourage people from entering, as they would get full credit for their work and publicity as well.

Section 14.2 of the entry conditionsentry gave permission for entrants to use their submissions for personal non-commercial purposes, she said.

If an entrant wanted to use their work for other purposes they could get in touch with her through the One Punch Can Kill website.

She would pass their request onto the QPS Intellectual Property Coordinator.

Ms Boczynski said the QPS needed to own the entries because the campaign intended to make use of the entries for a wide variety of purposes.

She said in other competitions the QPS would consider licensing of work, or else requiring only winners to transfer ownership.