Lucas should take the rap on payroll failure – Premier 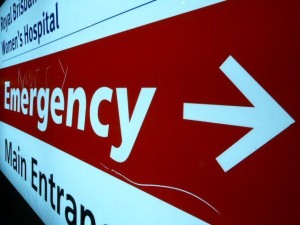 She was answering a question from Opposition leader John-Paul Langbroek, who said some health workers had not been paid for five consecutive cycles.

He said the Government could not fob off its “shoddy treatment” of health workers and the Premier should not exonerate the Health Minister and Deputy Premier, Paul Lucas.

Ms Bligh said she expected a safety net to be in place for employees affected by the pay problems.

“I also expect the Minister for Health to take responsibility for this, and that is what he has done,” Ms Bligh said.

“The Minister for Health has been sitting down with payroll people in their offices. He sat down with the unions. He has been talking with front-line staff.

“You could not get someone more hands-on, more
determined and more concerned about the wellbeing of the staff for whom he is responsible than the Deputy Premier.”

As Brisbane nurses get ready to protest today, Ms Bligh said there should be no staff member who has not been paid this week.

Ms Bligh said the health staff did not deserve the criticism they received from the Opposition when forced to defend Mr Lucas’s comments.

“I think the Queensland Health system for some people, particularly some people on the other side of politics, has become a bit of a kicking ball,” she said.