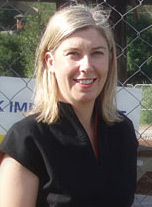 Suspended LNP councillor Nicole Johnston was thrown out of this week’s council meeting after confrontation about the Sherwood Graceville Neighbourhood Plan.

Cr Johnston said the council deliberately did not send her a letter that was sent to all Tennyson Ward residents regarding the plan.

“Despite multiple requests in writing over the past three months to the CEO of Council, Ms Jude Munro, seeking a copy of a letter to residents on the Sherwood Graceville Neighbourhood Plan it has not been provided to me,” Cr Johnston said.

Lord Mayor Campbell Newman said he would look into the claim.

Cr Johnston was suspended from the LNP in March for “bringing the party into disrepute”.

She and two ALP councillors were suspended from Tuesday’s meeting for eight days amidst rowdy scenes, after being warned by chairman Cr Margaret de Witt.