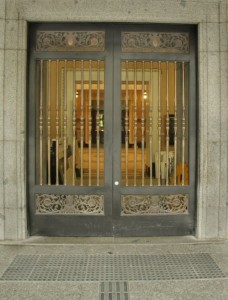 Proposed laws to exempt Brisbane City Council’s civic cabinet from the Right to Information Act will treat the community as the enemy, a local government expert has warned.

The City of Brisbane Bill 2010, to be debated in Parliament in a fortnight, will amend the RTI Act to exempt the Council’s key decision-making body.

The new laws will exempt information from committee submissions, briefing notes, agendas and minutes for 10 years.

The move comes following a request from Cr Newman to restrict information from documents created in the course of local government deliberations.

Local Government Minister Desley Boyle told Parliament last week the Bill would support the wider community expectation that its elected representatives look after the interests of all residents in an open and transparent manner.

But local government authority Dr Doug Tucker of the University of Queensland said such measures were more akin to defence protocol, of which Cr Newman devoted 13 years of service.

“Local government is supposed to be closest to or more accessible to the community than any other level of government,” he said.

“The Lord Mayor’s military background is in evidence here. The armed forces are trained to be highly security-conscious, and for good reason.

“This sort of provision is treating the community as the enemy,” he said.

Under the Bill the powers and responsibilities of the mayor, councillors and the chief executive officer are spelled out and strengthened and the Bill defines and empowers the CEO to decide what requests for information and advice are reasonable.

In introducing the legislation, Ms Boyle told Parliament: “This Bill makes it clear that councillors have rights to access information – however with those rights come responsibilities about the use of such information.”

But Dr Tucker said such measures go against democratic principles in practice, if not in theory.

“The CEO is beholden to the administration and ultimately to the Lord Mayor,” he said.

“Any moves to reduce information to residents, ratepayers, constituents and councillors is a concern and needs to be questioned and justified,” she said.

“When it comes to dealing with ratepayers’ money I believe ratepayers should be allowed to know how that money is being spent.

“I will be requesting a briefing about it (the Bill),” she said.

Mrs Cunningham said allowing councils to restrict the flow of information will make them less accountable, much like current legislation brought in by the Bligh Government where Cabinet documents created after the Right to Information Act 2009 on 1 July 2009 are administratively released after 20 years, while Cabinet documents created before 1 July 2009 are released after 30 years.

“The risk is the same problem we have had in State Government where people were trying to get information and they wheel documents into Cabinet therefore making them exempt. One example of that is the Goodwill Bridge,” she said.

“I don’t know why councils don’t want to be open and accountable.”

However Shadow Local Government Minister Howard Hobbs said he was reasonably happy with the outcome and applauded the government for consulting on the proposed legislation.

“Previously the government haven’t consulted adequately on legislation changes and on this particular issue they have taken on board the views of the Brisbane City Council,” he said.

“I think it is far better to have it in the Act where everyone can see it.

“In the past Brisbane City Council could restrict information but now they have put it into the Act. Now, there is more and more control going to the CEO and the mayor. It’s not necessarily right but they want them to be seen as boards and not councils.”

Mr Hobbs said the size and structure of the BCC warranted such restrictions on information and the new measure would hold other parties accountable as to how that information is reported.

“It’s a political council so whoever Brisbane City Council is, Labor or Liberal, as long as they are doing their job right, there isn’t a problem,” he said.

“There is a responsibility on the opposition and even the media to make sure that they are reporting information accurately.”

As to why the Bligh Government would be appeasing the requests of a LNP Lord Mayor was treated with suspicion by Dr Tucker.

“The Bligh government’s willingness to accommodate the Lord Mayor’s wishes may be due in part to the government’s wish to direct media attention away from its own freedom of information performance, which in the past has been little short of deplorable, and more toward the Newman administration’s efforts to restrict information flow,” he said.

“The Lord Mayor as he grows increasingly arrogant in his rule over his Council keeps up his campaign to end the free flow of information about his Council decision to the residents of Brisbane,” she said.

A request from Newsbytes to speak to Ms Boyle about the Bill and criticisms of the RTI exemptions was declined.

One Response to “Council treats community as ‘the enemy’ – academic”