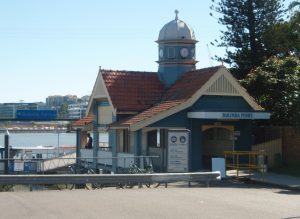 Transport chair Jane Prentice said the upgrade would be delayed until 2012-13 because the council couldn’t afford to play political games on the project.

The council has already spent two years and $750,000 designing the upgrades to cope with the 8000 passengers who use the terminal every week.

Cr Prentice said the upgrade was critical to deal with a record increase in CityCat patronage.

“People are actually lining up down Oxford Street at peak hour,” she said.

“We cannot afford to continue to delay this project.”

Opposition leader Shayne Sutton said she was astounded at the comments by Cr Prentice.

Cr Sutton said she supported the project but disagreed on the design that Cr Prentice said was the only viable one.

“Residents have real and legitimate concerns about the designs,” she said.

“The plans have been done in a vacuum because they refuse to speak to the people who are affected most by their decisions.”

“Bulimba residents aren’t going to go quietly on this one.”

Cr Sutton said the current plans were flawed because they did not address pedestrian safety issues and would restrict views from the RiverWalk.