Call for computers at polling booths to stop vote cheating 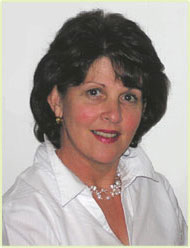 A Toowoomba author and life coach is campaigning for computerised voting registers to stop people rorting the electoral system.

Nancy Sommerfield (pictured left) wants polling booths to be equipped with computers so that Queenslanders are flagged state-wide when they vote.

“Voting is really important, sometimes there are only six votes difference in elections,” she said.

Ms Sommerfield has organised a petition, tabled last week in the Queensland Parliament, calling on the Government to prevent multiple-voting by using computers at polling stations to check voters.

Under the current system, voters have their names checked against hard-copy electoral rolls, but there is nothing to stop a voter going to another polling station and being checked off again. The rolls are not reconciled until after the election.

Ms Sommerfield has also called for photo identification of voters.

“People have fought and died for our democracy and I think as time’s gone by people have forgotten this,” Ms Sommerfield, a former mayoral candidate in Toowoomba, said yesterday.

The problem of multiple voting was highlighted last year in the Court of Disputed Returns challenge by defeated LNP candidate Andrea Caltabiano in the Brisbane seat of Chatsworth. The court found there were some instances of multiple voting and clerical errors, but not enough to overturn the result. The seat was won by Labor candidate Steve Kilburn, with a margin of 74 votes.

The most recent JSCEM report on multiple voting, “The Multiple-Voting Myth”, said there were only 10 cases of intentional multiple voting in Australia in 2007.

The report said the Australian Electoral Commission told the committee “it can be clearly stated, in relation to false identities, that there has never been any evidence of widespread or organised enrolment fraud in Australia”.

It also said 98 percent of multiple-voters were 70 years old and over – people who had forgotten they had voted already.

Other instances were attributed to administrative error.

An angry Ms Sommerfield said she believes there is more intentional voting occurring.

She said a friend of hers was incorrectly alleged to have voted three times in a letter sent by the ECQ six months after the state election.

Ms Sommerfield said administrative errors and bad elderly memories could not account for this.

Opposition frontbencher and member for Toowoomba South Mike Horan, who tabled the petition in Parliament, said he agreed with the aims of the petition.

“I think that you need a system that builds people’s confidence in the voting system,” he said.