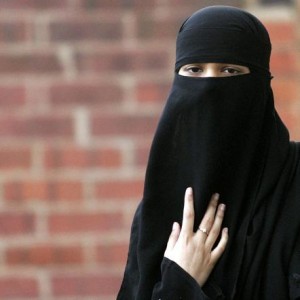 “The average Australian just like me or anybody else, they want to live and let live but it’s politicians that want to create this atmosphere of hate and fear,” he said.

Dr Sabdia said he understood there were circumstances where wearing the burqa was not appropriate but rejected a total ban of the traditional female head dress.

“I don’t agree that the burqa should be worn in all circumstances,” Dr Sabdia said.

In the case of airport security, “I don’t see anything in the religion that says that they shouldn’t remove it”, he said.

Dr Sadbia’s comment came after Senator Bernardi posted a call for a ban of the burqa on his website, http://www.corybernardi.com/.

Senator Bernardi’s web post said: “In my mind, the burqa has no place in Australian society. I would go as far as to say it is un-Australian.” The senator said criminals could use the religious dress as a disguise and enter secure areas, like banks and petrol stations, without identification.

“With only my eyes barely visible behind a mesh guard, I am effectively unidentifiable and can waltz into any bank unchallenged in the name of religious freedom,” Senator Bernardi said.

Dr Sabdia said he had no time for anyone who used racial issues as an excuse to vilify Muslims or any other ethnic group.

“I’ve been in this country over 30 years and I’ve always thought you just live and let live,” he said.