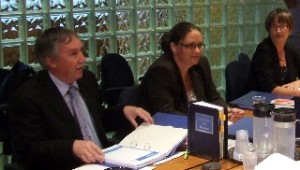 The Queensland Teachers’ Union has been ordered to drop its boycott of national school reading writing and maths tests, the union said today. The order came from the Queensland Industrial Relations Commission after a conference held today to discuss the May boycott of the NAPLAN tests. The union has not yet announced its response to the order.

Queensland Education Minister Geoff Wilson said he would be surprised if Queensland teachers do not comply with the order of the commission, and Queensland public school students would be disadvantaged if they did not sit the tests on the same day as students in the Catholic and independent school systems. He said the extensive seven-page decision from the commission said the dispute about the MySchool site could be taken up in other forums.